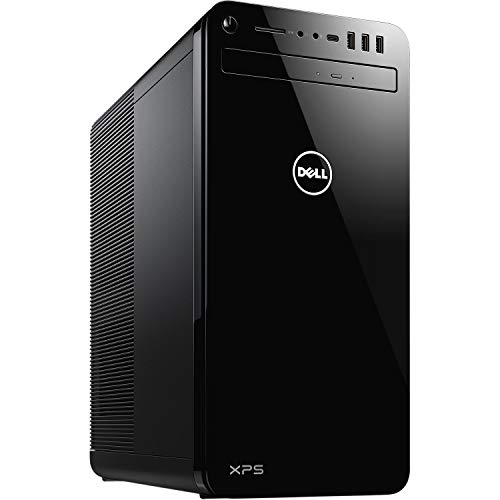 Read Dell XPS 8930 desktop detailed review and see the price. Dell’s XPS desktop line-up is well-known for its versatility, and the desktops themselves hold a lot more value than you’d realize from the first look.

The Dell XPS 8930 here isn’t the newest, although it still has a lot of importance, given the current market.

In this review, we would be talking about every relevant thing about the desktop so that you can decide if you should be getting this, or get the newer XPS 8940 desktop.

The two desktops have a lot in common, but there are differences as well. Primarily in looks, and the hardware being used since the newer XPS’ use Intel’s 10th and 11th gen processors.

The XPS 8930, on the other hand, comes with 9th gen Intel Core processors, and in this instance, it is a Core i7 iteration of it.

You also get the necessary RAM and storage capacities for moderate to heavy usage, as well as an entry-level video card from NVIDIA.

The XPS 8930 may not be the best when it comes to connectivity, but it provides you all that is necessary.

That can be a USB Type-C port for some, while inbuilt WIFI and Bluetooth for the others, and if you need both, then all the better.

Best uses for: FL Studio, college students and other purposes.

The Dell XPS 8930 is one of those desktops that may not be exceptional in any specific field but has got a good overall value and usefulness. It may not be a dedicated gaming or productivity desktop, but performs nearly the same as one.

Unlike the newer iterations, Dell took a more subtle approach to the XPS 8930, and this is clear from its design.

The outer shell comes in black color, with the branding and various ports on the front end, like it generally is.

Things are more interesting inside the chassis, which we must say is quite compact.

And since it is so, you must be wondering if the components are stuffed? Not really.

The thing that changes the narrative is the swing design of the PSU (which is a proprietary one, so no 3rd party replacements though), which moves outward.

This allows you easier access to any piece of hardware that you might want to replace or upgrade.

The desktop has no RGB bling or such things that are common in gaming desktops, which makes it suitable for any professional environment as well.

There is also the XPS 8930 Special Edition which shares a similar design, but more attractive colors and certainly better hardware options.

Even though the XPS 8930 doesn’t use the latest components, it still has great performance.

Now it may not be at par with a newer Core i7 in terms of performance but is still relevant even now.

But this variant of the desktop cannot be overclocked, so the turbo frequency is what you get at most.

And not just that, the GTX 1050 Ti video card gives you 4 GB of dedicated video memory too, which you can utilize the way you please.

And, there’s enough RAM in the system too, 16 GB to be exact, which too should be ample for most of the tasks that you do.

Windows 10 Home has been already installed on the desktop, but it does have bloatware.

And since there is an SSD present, you can expect quick load times and fast responses from the desktop.

There are a variety of specs that you can configure the XPS 8930 with, and it is only a matter of availability.

And upgrades, like replacing the GPU would be possible if it fits in the chassis, and is compatible with the PSU.

One of the drawbacks with pre-builts like these is that certain parts are not the same as other standard hardware generally are, which creates trouble when upgrading.

The same goes with the XPS 8940 as well, and that too has got a Special Edition series.

Now the SSD does speed things up a bit, but do not expect blazing fast read or write speeds.

The hard disk does what it’s supposed to, giving you slower but sufficient storage.

The 16 GB of RAM can be expanded, and so can be storage space.

There are additional PCIe slots and hard drive bays which you can use, depending on the way your XPS 8930 is configured already.

The XPS 8930 has no shortage of ports and has good connectivity as a whole, even though these may not be the best in the segment.

From the handy USB ports at the front to inbuilt WIFI and Bluetooth, the desktop has it all.

The front array also has a USB Type-C port, a card reader, and dedicated headphones and mic jacks.

At the back, you get various other USB ports, video ports and audio outputs, and yet another USB Type-C port as well. These also include an Ethernet slot.

The Dell XPS 8930 comes with a USB keyboard and mouse, which are meant for average usage, and are not dedicated gaming peripherals.

There is a DVD drive on it as well, and while it is not very common in modern desktops, this can be very useful for some of you here.

You get a 1-year warranty on the desktop and Dell’s superior customer assistance as always.

What Do Users Think About Dell XPS 8930?

The users of the Dell XPS 8930 found it to be a very industrious gadget, which can handle various categories and levels of computing.

It looks nowhere near a gaming rig, and yet some users have found gaming on it to be quite comfortable.

The desktop was likable to them from the very first look, and the more they got accustomed to it, the more they realized the convenience it offers.

Some minute features, like a DVD drive and a second USB Type-C port, for example, were much appreciated.

Now performance-wise it had little to no complaints, and a variety of options were available to the buyers.

Those that needed light performance chose a lower variant, while others chose variants like this one that could handle heavier and multiple software at the same time.

So not just office users, but gamers and content creators too, have chosen the Dell XPS 8930.

This variant specifically, had no trouble providing them with a smooth 1080p gameplay at the desired frame rates.

Also, those that were confused about whether they should be going with the newer XPS 8940 rather than this, were not disappointed.

In terms of upgradability, it offered enough, like RAM, storage, or GPU upgrades. Check out Dell XPS 8930 Manual.

Since this isn’t a custom build, a few non-standard components didn’t seem to bother the users.

The reliability that is usually seen with devices from Dell has been upheld in this one too, other than a few reports of premature reboots and such.

But the after-sales service resolved these without the user having to worry much.

The experts at Digital Trends think that the very nature of the Dell XPS 8930 is not to serve a particular need, but collective ones. This means that you can use it for personal requirements, while your family’s computing needs would also be satisfied by this PC.