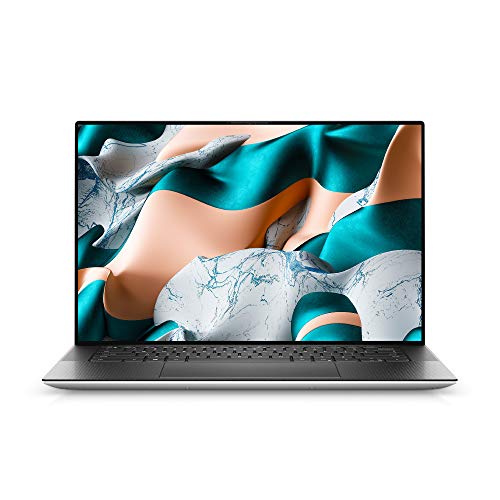 Read Dell XPS 9500 laptop review and see the price. We don’t know about you, but at eComputerTips, we have always been a fan of Dell’s XPS laptop lineup.

Now some of these weren’t quite as impressive, but overall, when looking for a sleek, premium laptop, other than a MacBook these have always been preferred.

And the brand has worked hard on the XPS 15 9500, which was launched just a year ago. It not only competes well against its competition, but brings improvements over the previous-gen XPS’ as well, both in features and performance.

We won’t kill the surprise by talking about the display quality here though.

But the XPS 15 9500 is loaded with features, and you’d be impressed by the speaker quality on this.

The connectivity provided is great for most people, but some would have liked a different setup. And with Windows facial recognition, and a fingerprint scanner, security is top-notch too.

However, the current pricing of the device does bother us.

Things are looking good so far? Well, there is a lot more about the laptop that we have covered in this review, so make sure you do not miss any of the following sections. 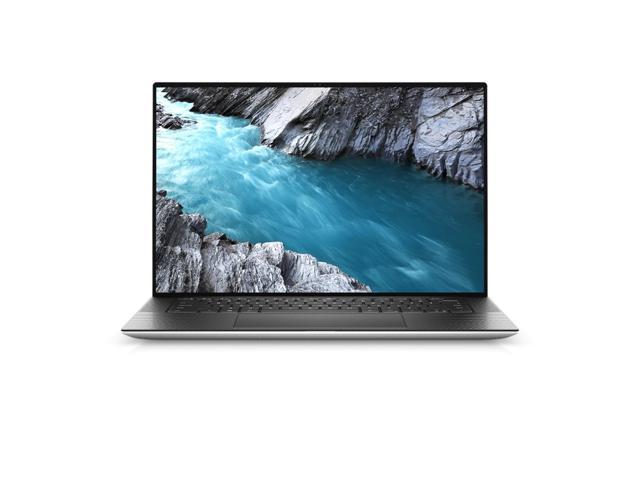 The Dell XPS 15 9500 is an exciting laptop that is made for people who are into media consumption, productivity, and performance. It brings several changes than its predecessor, the majority of which have made this laptop even better. But we cannot deny the fact that some cosmetic changes in the interior and AMD CPU options would have been welcome.

From the very first look to opening the lid and using it, the XPS 15 9500 very much provides a MacBook Pro kind of vibe.

But make no mistake, while it may look like one, it still carries the signature XPS feel.

Even the color scheme is similar, with metallic grey on the outside, and black interiors.

And the touchpad has been made bigger as well, which makes it very convenient to direct the cursor or scroll through social media or web pages. The keyboard is wider too and has ample backlighting and feedback.

But probably the most interesting part about the laptop is the display, which is 15.6 inches in size and comes with a 16:10 aspect ratio.

Yes, the screen is much bigger now and bezels are almost absent. Dell has even removed the lower chin and their branding as well, so you get a lot of screen area to look at.

And surprises don’t end here. You can get this one which comes with an FHD+ display or get the 4K variant that also supports touch functionality. Unlike this one, the latter covers 100% Adobe RGB and has a higher peak brightness.

That comes at a more premium price, but surely makes this one of the best 4K or Ultra High Definition Laptops.

The laptop has great quality, and while it isn’t the most premium, it certainly makes sure that you realize that you’re using a solidly built laptop.

There is little to no flex on the keyboard, the hinges are strict, and yet you can open the lid with a finger.

The performance in the Dell XPS 15 9500 certainly impresses us, and it would do so to you as well unless you are a dedicated gamer.

But the XPS series was never meant for hardcore gaming, so we weren’t expecting much in this regard either.

There are two other options as well, a 10th gen Core i5 and Core i9, the former more affordable and less powerful than the latter.

This is a decent mid-range GPU, and when combined with the processor and 16 GB of RAM, makes the XPS 15 a very efficient device.

But you do have the option to get a less-powerful integrated GPU variant too.

So the benchmarks, different CPU and GPU performance scores are quite impressive, and a considerable improvement than the previous-gen XPS’ can be noticed.

But it doesn’t always come out on top when compared to its contemporary competition.

The XPS 17 has a better RTX 2060 GPU, that is much more powerful and lets you enjoy games better, at a higher price tag of course.

But we wouldn’t suggest gaming on 4K in either of these laptops though, at least when newer titles are considered.

While it doesn’t get burning hot, the XPS 15 9500 does have a heating issue, which leads to performance throttling.

This means that the overall performance takes a hit, and things like prolonged intensive usage or gaming aren’t particularly enjoyable.

Then there’s also the fan noise, which can be annoying at times.

The laptop allows you to run different productivity tasks, media editing, professional applications, and other things like that.

As mentioned above, gaming is not what the laptop is meant for, but it can still be used to play some games at 1080p (or a lower resolution) occasionally.

The 60 Hz panel, among other things, is the reason why it isn’t a dedicated gaming laptop. This is the case for both the 1080p and 4K variants.

Do the use cases sound familiar? Well, other than the OS, the XPS 15 is very comparable to the MacBook Pro.

But it comes at a much lower price tag, and with Windows 10 Home OS installed, has more software compatibility too.

The XPS 15 9500 comes with a quick SSD, giving you ample read and write speeds so that daily usage is never an issue.

This is the 512 GB SSD variant, but you may get yours configured with up to a 2 TB SSD.

The RAM in this is 16 GB, and the good thing is that just like the SSD, it can be upgraded by opening just a few screws.

Thus, you have the option of getting a lower variant, upgrading it yourself, and saving some money this way.

The ports and connectivity department is very straightforward, with not much to complain about.

All of the ports on the laptop are USB Type-C ones, with two of these on the right supporting Thunderbolt 3.

The one on the right is accompanied by an SD card reader, and a headphone/ microphone jack.

The good things that this arrangement leads to are a thinner form factor, higher bandwidth, and so on.

On the slight downside, you’d have to use a hub or adapter to use anything that requires a USB Type-A connection, though one of these comes in the package already.

Dell further makes things convenient by providing WIFI 6 and Bluetooth 5, and what more can one ask from a laptop?

The XPS 15 comes with an 86Whr battery, which has enough juice to last throughout the day, depending on usage.

The previous version came with a bigger battery, but the differences are marginal between the two.

Depending on usage and screen brightness levels, on average you should be getting 6-8 hours of battery life.

Day-long office usage or streaming videos shouldn’t be a concern with these figures. Its competition, however, specifically those from Apple, proves to be better in this aspect.

There is also a 56Whr option, depending on the configuration you choose. But as there’s USB Type-C charging, you may carry a single charger for other supported devices too.

The laptop comes with a webcam, which works decently when there’s enough light.

But as the surrounding lighting decreases, the picture tends to be noisy, up to the point where it is not comfortable to use anymore.

The quad-speakers tuned by Waves Nx Audio are loud enough, and now they are upward facing, on both sides of the keyboard.

This is why the bass or overall sound quality that comes out is satisfying, without any distortion at higher volumes.

The Windows Hello face recognition works amazingly quickly, and the sensors are present on either side of the webcam.

For added security, you also get the fingerprint reader on the top right. It looks very much like it’s part of the keyboard, and is also the power button.

Other than the 130-watt power adapter, the device also comes with a USB Type-C to USB Type-A adapter and has a standard 1-year warranty.

What Do Users Think About Dell XPS 9500?

The Dell XPS 15 9500 is a truly good laptop and hence has received a lot of appreciation and praise from the buyers’ end too.

There were a lot of things that they have loved and others that they felt had to be improved, that we’ll be talking about here.

The overall build and display quality were the things that impressed them the most. Check out XPS 15 9500 Service Manual.

It is said that the laptop feels and looks much premium, given its price tag. They also like the connectivity options present on it, and the upgradable RAM.

Many have opted for the 4K option, and these buyers were able to enjoy rich, colorful content.

And with the display being color accurate, creative professionals have also preferred the laptop.

On top of that, the loud and good-sounding speakers made the experience even better.

The laptop also performed well, and the users had no major issues when working with it.

It was able to handle most of the tasks, and some casual gaming at 1080p too. The trackpad and keyboard quality was also found to be satisfying.

But many have faced the heating, throttling, and fan noise issues that disrepute the laptop.

Then there’s the webcam quality that too could have been improved, as per the users.

Another issue that many users have previously faced is a wobbling trackpad, but Dell seems to have mended this problem.

Other than that, the overall quality of the laptop has been considered to be worth the price tag.

The experts of PC Mag consider the Dell XPS 15 9500 laptop to be an excellent device and one of the top Windows laptops. They were much impressed with the overall laptop, and especially the performance and connectivity. But they would have liked it better if it was a bit lighter and had better GPU options.

As per Windows Central, the Dell XPS 15 9500 (2020) is almost an ideal laptop with improved features than the last one. It comes in a compact frame but is plenty powerful with a stunning 4K display option. However, the webcam quality and a few other things have been criticized by them.

Tech Advisor thinks that everything from a great display, to satisfying battery life and robust speakers, makes the Dell XPS 15 9500 a brilliant Windows laptop. It is also sturdy and compact, but the presence of a 720p webcam has bothered them the most, among a few other things.