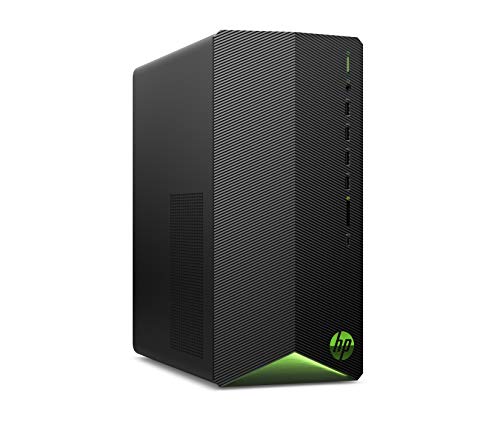 This gaming PC is not very highly configured and its insufficient cooling system is a major issue with it. But, its configuration is enough for any casual usages. This desktop is a perfect option for those, who need a compact PC of a branded company to perform moderate tasks, regularly. 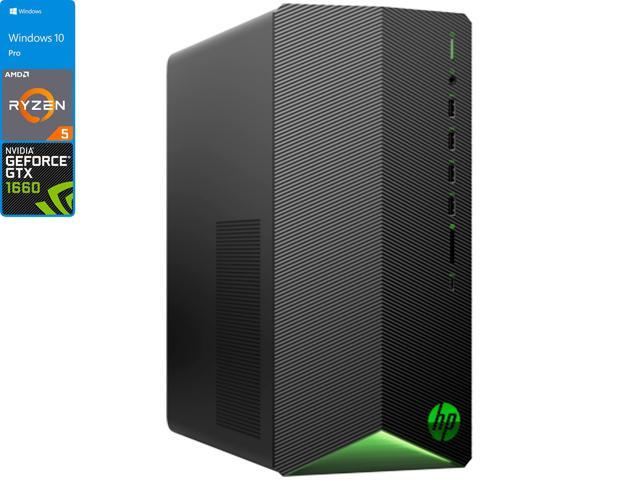 The gamers of this generation usually prefer gaming laptops rather than gaming desktops.

For this reason, the focus of all the PC manufacturing companies was on the laptop section. But very soon they realize that some buyers prefer a gaming desktop over a gaming laptop because of its greater upgrading flexibility and comparatively lower pricing.

By investing an equal amount of money one can get a better configuration in a gaming desktop in comparison to a laptop.

Additionally, the user can choose the type of keyboard, mouse, and the number of monitors and size depending upon their desired comfort level and types of work.

Today, all the renowned PC manufacturers have at least one gaming series, in which they have placed such systems that are highly configured and have unique classy and stylish designs.

Such gaming series not only help the gamers, but also help other people to easily find out a powerful, productive, and great performing prebuilt system.

HP has two gaming series. One is named Pavilion, in which the company has placed the basic and moderately configured desktops.

It is not very highly-priced, but as its configurations are of standard quality, it is not so affordable too.

Having very standard configurations, its performance is also very stable and satisfying. After some minor upgrades, the user can make this device more productive.

The best part of this device is that there is enough room for easy upgradation of its Ram and storage sections.

Buy for: The device can offer very stable performance with any moderate task. The upgradability facility makes the device more appropriate for the users of this era.

Beware of: This computer is not able to handle high-end tasks. Its cooling system is not up to the mark; for which it gets heated and noisy when it faces any stress.

The developers have given this system a very modern and unique design.

In most of the gaming desktops of this era, we usually see that there is a transparent glass panel through which we can see all the inner components and RGB lights.

But this PC is exceptional. There is no such transparent glass panel or visible RGBs. Its design is almost similar to the other regular desktops of this generation.

Its size is not so bulky that’s why it does not occupy space on a desk.

One can easily differentiate this gaming PC from the other regular ones very easily as its size is only 6.12 inches x 12.09 inches x 13.28 inches.

Most of the regular desktops are larger than this one. The front panel of the chassis is ‘V’ shaped.

Some of the useful audio and USB ports are placed vertically, at the right side of the front panel.

These are very helpful to the regular users of this product. There is no optical drive on this computer.

A green LED has been used in the power button. At the crevice of the chassis, there is green accent lighting.

This lighting reflects throughout the desk, on which this gaming PC has been placed.

This lighting section can be controlled by software. If the user does not like to use it then he can easily turn it off. But at the time of booting it will always light up.

The HP logo that is present at the bottom right side of the chassis also has a greenish tint. The USB ports also have a slight greenish tint.

The side panels of the chassis are Black, and these are metallic panels. The overall build quality of this product is superb.

To get easy access to the interior section of this device the user just needs a screwdriver and has to pop off the left panel of the cabinet.

A Kensington lock slot is also present there. The user can use it if he needs more security. On the front side, there is no cooling fan.

The only cooling fan of this PC is present on the rear panel and the GPU has its separate cooler.

The cables inside the chassis are perfectly and neatly managed. One thing that needs to be noted is that the PSU and the motherboard of this computer are specially designed to make it more compact.

Hence, these two sections can only be replaced by similar components. Upgradability facility is not present in these two specific regions.

An empty storage slot is present, inside the chassis. It can be used for mounting any additional storage unit.

There is an additional RAM slot, which has been left empty. This slot is very useful for RAM upgradation.

In any gaming desktop, performance is the key aspect for which every buyer is concerned.

Before choosing any desktop to buy, every buyer undergoes deep research about its performance.

The performance of any PC mainly depends upon the configurations that are used.

This HP Pavilion TG01 gaming desktop comes with very standard configurations and for this reason, it can provide very satisfying performance.

The configurations that are used here are perfect to run any basic to the moderate game.

This computer of HP comes with a very powerful processor of Intel, named Intel Core i5-10400F.

This is a 10 Gen processor that can offer very powerful and smooth performance.

This 6 core processor comes with 12 MB of smart cache memory.

This powerful and updated processor is one of the best options for those who work on the Unity game engine.

This processor can easily reach the speed that is essential for Unity development.

It is also very efficient in any multimedia tasks and it has the capability of handling 4K videos very easily.

While playing any easy to moderate game on this computer, the users will experience very smooth and satisfying performance, as its GPU is also quite efficient.

A GPU of NVIDIA is used here to tackle down various graphical contents.

By using this PC, the users can experience streaming and gaming at the same time; but for its insufficient cooling and air ventilation, the PC gets extremely heated and becomes noisier.

The GPU section has a separate cooling system, but they are not so strong.

There is no doubt that the GPU is quite powerful, but for the device’s compact size and insufficient air ventilation, the GPU can’t provide its best performance here.

But, the users will get 60 plus fps, every time; even with 4K videos. The users can get a very satisfying and powerful performance from this product while performing any casual or multitasking task.

Upgradability feature is present in this PC; so the users can molt this desktop according to their requirements.

It runs on ‎Windows 10 Home and it is pre-installed in this product. Having a solid-state drive, the PC takes very little time, while booting.

In this PC, HP has implemented an automatic BIOS update system.

It helps the PC to get necessary updates from time to time and it gradually makes the system more efficient and powerful.

In this era, speed and perfection are all. Every user of this generation wants great speed in his PC.

By introducing SSDs, the developers have changed the universe of computers a lot and made the PCs faster.

HP has placed a 256 GB PCIe NVMe SSD in this PC. This SSD is almost 10 times faster than the traditional HDDs.

The quality and performance of the SSD are very smooth and strong, but the only issue is its short capacity.

But the developers have left a space for storage upgradation. This particular edition of the PC does not have any HDD in it.

Therefore, the users need to use an external drive or have to attach an additional storage unit in the PC, to store huge amounts of data.

This storage capacity issue, not only disappoints the gamers, but some of the casual users are also unhappy with it.

There are two RAM slots. An 8 GB DDR4 RAM is mounted on one of them. 32 GB is the maximum RAM capacity, with which this PC is compatible.

As we can notice, these two sections of this computer can easily be upgraded.

In terms of ports and connectivity, this gaming PC of HP is very rich.

The manufacturer has placed most of the updated USB ports here and their position makes the device more user-friendly.

For advanced wireless connectivity, the users can use Bluetooth 4.2 and this PC is also compatible with Wi-Fi 5.

This wireless connectivity is mainly used to connect various peripherals wirelessly to the PC.

One thing that needs to be noted is that the range of these wireless connectivities is not so good.

As there are multiple display ports, the users can easily connect more than one monitor to this system.

Eventually, it helps the users to create their desired working or gaming environment.

This gaming desktop from HP comes with a warranty of one year. Most of the components of this desktop are upgradable.

But, the motherboard and the PSU are exceptional.

To make the device more productive and to increase the efficiency, the computer requires slide upgradation in its storage and cooling sections.

What Do Users Think About HP Pavilion TG01 ?

The casual users are happy by getting such a stable performing device at this price range.

But, they have also raised complaints against its cooling. For insufficient cooling, its productivity gets reduced.

While performing any heavy task, the PC gets very heated, and the fans, especially the GPU fans, start to create some irritating noise.

To solve these issues, the buyers need to invest more money to upgrade this system. Check out HP Pavilion TG01 Manual.

The lower end beginner gamers can play most of the current day games, by keeping the graphical settings conservative.

Having only 8 GB RAM, the PC faces lagging while performing any CPU intensive work; for which this device shuts down randomly.

Some of the users face some connectivity issues with this device.