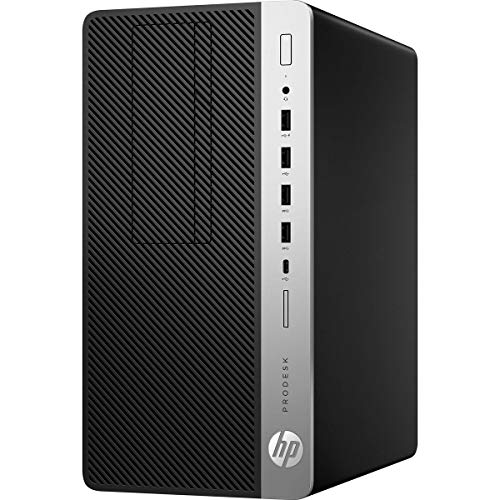 If you’re content with a device that can handle your daily office work, and occasional graphics-related endeavors, then the HP ProDesk 600 G3 is the one for you. However, it neither has the latest processor, nor supports high-end GPUs. 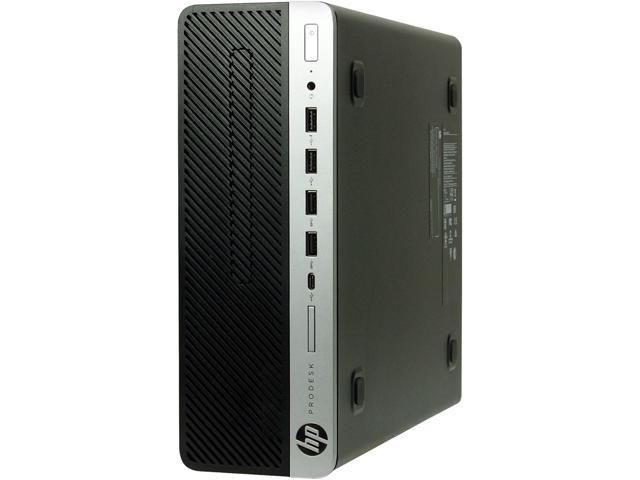 HP’s ProDesk desktop series was launched to serve office users, and it has been able to fulfill its objectives.

There is this, the ProDesk 600, while ProDesk 400 desktops are also present, which are further ultra-slim and space-friendly.

While there have been newer launches recently, there is one desktop that we feel is still relevant, if you’re not very keen on exact performance figures.

The HP ProDesk 600 G3 Business Desktop which we are reviewing today has been succeeded by the newer ProDesk 600s, with the ProDesk G6 being the latest one.

Now there haven’t been a lot of changes design-wise, but surely the processors are newer.

For example, the ProDesk 600 G3 comes with a 7th gen processor, which has been in the market for quite some time.

All of these desktops have different sizes, a Mini, an SFF version, and a micro tower like this one.

Other specs of the desktop include 8 GB of RAM, a hard drive for storage, and an optional WIFI feature.

There are a lot of ports though, and much more about the desktop, which we would be talking about in the following sections.

Best uses for: Writers, students, small business and other purposes.

One look at the ProDesk 600 G3, and you’d realize that the newer iterations resemble it, and whatever major change has taken place inside the chassis.

Now since it is branded as a business PC, it necessarily looks like a desktop fit for a professional setting.

The front panel comes divided into two sections, a bigger, patterned black part, and the other plain one in white. This contrast of colors makes sure that it doesn’t look boring.

The white part has all the front ports, the power button, and a little HP logo on the lower part.

The side panels are covered, and while you won’t get the convenience or looks of a gaming PC, accessing the internals shouldn’t be much trouble.

It is not any trouble at all, to be honest, and all you have to do is slide the switch at the back, and the side panel comes off, without the use of any tools.

On the inside, things are organized and you shouldn’t have to spend too much time figuring them out.

But you do have to remove the hard drive cage before reaching the motherboard or the PSU, though that too is tool-free.

The overall build and the smaller units holding everything inside are of good quality, and the desktop looks much premium as compared to its price tag.

The HP ProDesk has several processor options, and the one we are reviewing today has got a Core i5-7500 in it.

And while it cannot be overlooked, the default turbo boost does help in faster executions.

Like most other HP Business desktops, there are different processors that you may choose, up to the Core i7-7700, which has a higher frequency and supports hyper-threading.

The number of cores and its TDP is the same as the Core i5-7500, but it does perform slightly better.

And while there are dedicated GPU options, all of these, depending on the kind of processor installed, come with integrated graphics.

HP offers options like the NVIDIA GT 730 (both 1 GB and 2 GB variants), and AMD’s Radeon R7 450 and Radeon RX 460, which you can configure your desktop with, at the time of buying.

The ProDesk 600 G3 Micro Tower has an edge over the other form factors of the device.

It is obvious that it has more storage bays and all that, but more importantly, it has also got a second PCIe slot in which you can use a second GPU.

And should you opt for a secondary GPU, the choice of the first one would determine that of the second.

But dedicated GPU options are quite limited, due to the small space inside the chassis, and the low power output of the PCIe slots.

The 75W rated primary slot and the 35W rated secondary slot support only a handful of modern GPUs.

Also, there is also the wattage on the proprietary PSU that has to be taken care of.

If you choose one with integrated graphics only, like this one, the basic tasks on the Microsoft Office, like document editing and other related software can be easily performed.

So writers and MS Excel users should have nothing to worry about.

However, upon adding a dedicated video card, both the graphics and the overall system performance takes a huge leap.

And even though you would be restricted to an entry-level GPU, there are several more things that can be done on the desktop then.

The ProDesk 600 G3 usually comes with the Windows 10 Home OS, but you may choose the Pro Version as well.

This is one of the budget variants of the ProDesk 600 G3, and so you only get a 1 TB hard drive installed on the PC.

But you can always configure one with a different storage arrangement at the time of purchase, or add them later on.

In this variant, you would be getting 2 unoccupied SATA bays, and a free slot to add an M.2 SSD (up to 1 TB capacity).

The RAM slots are present below the hard drive cage, which has to be removed before these can be accessed.

Out-of-the-box, there is only 8 GB of memory on the desktop, and 1 of the 4 slots are occupied.

You can easily upgrade the RAM to a maximum of 64 GB, without using even a single tool.

The desktop comes with a variety of ports, and all are very important for daily usage too.

This is one of the things that are similar to the newer iterations of the HP ProDesk 600.

There is also a card reader, a headphone jack, and an optical drive that you’d get here.

HP also provides you the option to choose any one of the following, as per your preferences:

So no matter which you choose, the desktop is still multi-monitor capable, which again, might be important to some users.

Unlike some of the others of its kind, WIFI and Bluetooth aren’t available on this as a standard and are optional items.

You can either choose to buy them later or configure your desktop with them at the very beginning when you’re buying it.

One of the USB 2.0 ports at the front of the HP ProDesk 600 G3 supports fast charging, which you can use to power up any of your other electronic gadgets quickly.

There is a lot of software pre-installed, including those that are business-oriented, like HP Client Security, HP Drive Lock, and so on.

The desktop also has a decent-sounding 2 W speaker, which can handle some immediate or casual needs. However, dedicated speakers would be much preferred over this for daily usage.

The ProDesk 600 G3 may not look as good as some of the business-oriented desktops of today’s time on paper but is still an excellent choice.

And not just business users, those that have casual needs and are looking for a reliable desktop can go for it.

The users might have been skeptical about its performance before buying, for obvious reasons.

However, in real-time usage, it didn’t give them any chances of complaints. From office workers to writers or students and business users, it proved to be a very efficient desktop.

Depending on the requirements, the buyers have chosen different form factors, and even though this is the biggest among them, the micro tower was still found to be compact.

This is especially useful in a small room where various other such desktops have to be placed.

The quad-core processor might not be as quick as some of Intel’s new launches, but it still packs enough power.

That when combined with the kind of memory support that the desktop has, was found to be extremely beneficial to the buyers.

Also, the desktop supports one, and even 2 entry-level GPUs, which was further appreciated.

And if that isn’t enough, there is tool-free access to the inside of the chassis, which could be used for easy maintenance and upgrades when the time comes.

With all such conveniences, the bloatware was still a discomfort. Those that like their desktop clean and free of unwanted software were even more annoyed.

Also, the optional WIFI and Bluetooth, as the buyers mention, was a bit of a downside. But even then, getting them afterward wasn’t that big of an issue.

So all-in-all the HP ProDesk 600 G3 proved to be a great desktop, and any major flaws weren’t pointed out.