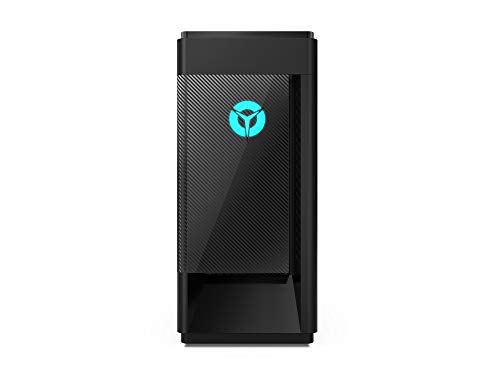 Read Lenovo Legion T5 review and see the price. Lenovo, as a computer brand, often tends to those looking for good devices at an affordable price tag.

It is well-known for the quality it provides in its products, and yet does not charge as much as other popular brands, at least most of the time.

The Legion T5 is one of Lenovo’s budget gaming desktops, and this is the lower variant, with good specs that you can use in your daily gaming, editing, or some other productivity sessions.

The Legion T5 is made for the modern-day user, and as we consider each aspect of it in the following sections, it would be made more clear. From the exterior design to its performance, you’d love it if you are a gamer, no matter what kind.

As for the one we are reviewing, you get a non-overclockable Core i7 processor, sufficient RAM and storage, and a decent mid-range video card.

If you’re more interested in an RTX 3000 series GPU or 11th gen processors from Intel or any of Ryzens, then you’d have to consider something else.

Also, there’s the latest wireless connectivity, thanks to the aforesaid customization, and there are all the necessary ports as well.

The Legion T5 has got different options for you to choose from, and this makes it further convenient for a lot of people.

Beware of: Does not have newer Intel processors or AMD Ryzen options

Best uses for: Gaming, video editing, one of the best desktops with 32 GB of RAM and other purposes.

Although the Legion T5 is not a recent launch, it still has the features presented in a price tag that allows the budget gamer to get a prebuilt gaming PC. A few of the things could have been improved, but we wouldn’t consider any of them as major flaws.

One should have to spend no time figuring out if the Legion T5 is a gaming desktop since it looks like one from its initial appearance.

But as you look closer, you’d see certain things why it stands out.

The exterior design is of good quality, and even though it’s plastic mostly you’ll never feel that it’s cheap. Instead, it is quite solid and the structure is stable.

The front panel has a pattern design, with the Legion logo lighting up in blue LED. You cannot change the color on this, although the brightness and intensity can be altered.

There’s RGB present inside too, which can be viewed from the panel on one side. Whether you’d like a transparent side panel, or an opaque one is up to you.

The color scheme of the chassis is a “Phantom black”, and the raised structure that you’ll notice on the rear end is a handle to carry the desktop from one place to another easily.

It may not be much useful if your desktop would be sitting in the same place throughout, but those that need to move their gaming rig often would feel otherwise.

The power button, along with a few ports are at the front, and there are several others on the back panel too.

The 28L chassis is airy, and you should have no issues with cooling either, so overall the design scores well in our evaluation.

The variant of the Legion T5 that we are reviewing has mid-range specs, and both upper and lower-tier options than this are available.

You get Core i5 processors as a starting point, which go up to Core i9s.

There are various GPU options too like you can get the Radeon RX 5500 as an entry-level option, or get a better GTX 1660 Super as this one has.

Even better options in the RTX line-up are present too, and it is only a matter of your choice.

Coming back to the current variant, you get a Core i7-10700F processor which has 8 cores, 16 threads, and an excellent frequency to handle all that you may run on the Legion T5.

If overclocking is relevant to you, you may consider the variant with a Core i7-10700K CPU, since the one here does not support it.

On some of the lighter ones, you may as well run the game after pumping the resolution to 1440p, and the desktop can handle that as well.

Now since this is the budget variant, we do not have any complaints regarding the desktop’s performance.

Even if you don’t change the processor, getting a different variant like one with an RTX 2070 Super or better GPU should give you a large improvement.

The cabinet has enough space and you can upgrade the GPU, as long as the 650W PSU has got enough wattage to support it.

All of this makes the Legion T5 one of the best desktops with 32 GB of RAM.

Other than that, Windows 10 Home is the OS pre-installed, and other than a few basic software, you wouldn’t see too much unnecessary software on the desktop out-of-the-box.

Our variant of the Legion T5 has got a 512 GB SSD, and a 1 TB hard drive for storage. There are free SATA bays and another PCIe slot as well in which you may add another PCIe SSD.

Coming to system memory, this desktop has already 32 GB of it installed for you, which does come in handy when heavily multitasking and doing other intensive stuff.

And since the RAM can be expanded, even better performance is not an issue.

There are 4 RAM slots on the motherboard, and the memory itself runs on a dual-channel configuration.

The overall connectivity of the Legion T5 is great, and just short of ideal, if you ask us. The front section gives you 2 USB 3.2 Gen 1 ports, and a headphone and mic jack.

Now the Type-C port at the back does allow the addition of another display, but some, including us, would have preferred one at the front.

Now depending on the GPU you choose, you’d get a different number of video ports. This one has got 1 each of a DVI, an HDMI 2.0b, and a DisplayPort 1.4.

There’s WIFI 6 and Bluetooth 5 as well, so nothing bad about that.

The Legion T5 comes with a mouse and a keyboard, and a 3-year CUK warranty.

Among the preloaded software, there is the Lenovo Vantage, which gives you lots of customizations, like controlling the RGB lighting on the rig, system monitoring features which are even more important when you overclock, and so on.

There are several PCIe expansion slots as well, and though not everyone needs them, most of you should benefit from them.

What Do Users Think About the Lenovo Legion T5?

The Legion T5 has proven to be an excellent budget-centric choice that many have chosen for mid to high-range computing requirements.

It has higher variants too, and still, its pricing is quite affordable. And that when combined with all the features it has, it is no surprise there is so much positive feedback about it.

The users who have bought the desktop found the general design, be it the color scheme, subtle RGB lighting, or the carrying handle, to be very likable.

The chassis isn’t too large, and yet has all the space necessary for internal upgrades and expansions.

Then comes performance, which is a very important aspect of the Legion T5.

Many have chosen this variant, while others went for the one with the RTX GPUs and better processors. From the very first boot-up, the system is found to be quick and responsive.

The real performance, as users mention, is visible when games or software are run.

The processor, video card, and all the hardware make sure that every task is executed smoothly. Also, this is one of the best desktops with 32 GB RAM that the users have ever owned.

All of this works even better due to efficient cooling, and overclockable variants. Now some have mentioned that a Ryzen CPU option would have impressed them even further.

Some of the users would have also preferred if the material used in the build was something better than plastic, but no issues with durability have been reported.

And, given the extended warranty span, there remain only a few areas where a fault may be found. Check out Lenovo Legion T5 Manual.

But these are minor, like in the otherwise great connectivity options, a USB Type-C port at the front would have been very welcome.

The experts at TechRadar think that the Lenovo Legion T5 is a great option for those that want a prebuilt gaming desktop at a justified price tag. As long as you are fine with a not-so-latest spec sheet, it shouldn’t disappoint you.

As per PCMag, the Lenovo Legion T5 is a tough contender in its segment, especially because of its price tag. They would have liked it better if there was a Ryzen variant too, but other than that they recommend it to any mid-range gamer.

As GAMERANT says, the Legion T5 as a mid-range gaming PC has got everything from a convenient design, to impressive performance. Also, it is fairly future-proof and so once you get it, you need not doubt about your investment.