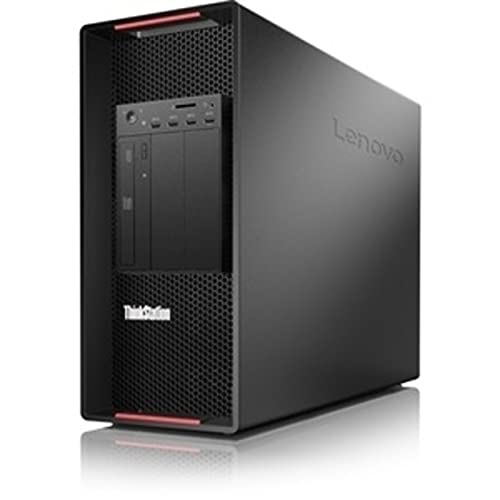 Read Lenovo ThinkStation P920 workstation review and see the price. Most of us PC users are very much satisfied with a single processor, maybe a decent GPU, 8-16 GB of memory, and an SSD.

However, for those at the top of IT management, running high-end simulations, heavy professional-grade software needs much more than that. In simple words, they need a workstation, which for the average consumer has no use.

But let’s just say for some reason, you are looking for a desktop that can support up to 2 TB of RAM, and 12 hard drives.

Yes, you read that right, and it isn’t just a fantasy, as the ThinkStation P920 is one superior workstation that has these features, and so much more.

High-end workstations aren’t uncommon, and brands like HP, Dell, etc already have desktops like the Z8 workstation or the Precision 7920.

These are top-of-the-line powerhouses that are capable of processing things that we cannot even imagine. There are several ones from Lenovo as well, which are very powerful indeed.

The ThinkStation P920 aims to compete against all of these, and this is a prebuilt variant that comes with dual Xeon CPUs, 32 GB of RAM, and a 512 GB SSD.

And to remind you once again, these are just minuscule specs compared to what the workstation can be configured with.

But even then, it does come with a hefty price tag, which frankly is out-of-reach for most of us.

But if you’re specifically looking for a high-end, pre-built workstation then you may want to stick around.

This is the review for the Lenovo ThinkStation P920, a workstation with no compromises when it comes to hardware.

Buy for: Excellent Workstation-grade performance, features, and security, one of the best desktops with Intel Xeon processor

Beware of: Can be expensive │ Older gen WIFI and Bluetooth connectivity

Best uses for: Engineering students, AutoCAD and other purposes.

The Lenovo ThinkStation P920 demands attention due to the dual processor support, tons of expansion slots, high-end processing capabilities, and such features. If you’re interested in getting an ultra-powerful, prebuilt workstation, it doesn’t get much better than this in terms of performance or hardware support.

If you had a stereotypical image of a workstation, then the ThinkStation P920 might fit that description.

It comes in a very essentialist design, with no fancy design or things like that. However, what it lacks in looks, it suffices several times over in durability.

There is a grill design in the front, which Lenovo has used in other workstations too, like the ThinkStation P720.

There’s also several ports, a DVD writer (if you opt for one of those), two optical bays, and the power button of course.

On top, you’d notice a handle, which becomes very important to move the desktop, as it is quite heavy.

The one you see here is without video cards and doesn’t have that many storage drives, and still weighs a lot.

But this weight isn’t without reason, as the chassis is well-built. To open it, all you have to do is press on the latch present on the side panel, which then comes off very easily.

Putting it back on, however, takes a bit more effort. On the capacious inside, there’s the storage bays and all that, but the first thing that you’d notice is a plastic component.

That is the custom air director, which is responsible for the airflow to the two processors and it does a good job too.

You’ll have to take it off before getting to the motherboard. The placement of the cooling fans isn’t the same as you’d see in an average desktop or a gaming PC, and is very sophisticated instead.

Also, there are several markings inside which are the touch-points, that you can use to remove a specific component.

And as we’ll talk about later, the chassis itself comes with a lot of security. These small, but innovative features are what set this workstation apart from others.

First things first, you may have realized by now that this is not just some random prebuilt desktop that you’d play games on or edit videos.

Rather, it is built to handle the toughest CPU and GPU-dependent tasks that can be done on a desktop.

You wouldn’t be wrong calling it one of the ultimate workstations available today.

There are slots for two CPUs in this, which in this instance are equipped with the Intel Xeon 4208.

These have 8 cores, 16 threads each, and can go up to 3.2 GHz. Now, most modern gaming CPUs have better frequencies than this but aren’t anywhere near the amount of workload that they can handle.

These are server-grade processors that can run 24 hours a day without rest if needed, and have ECC memory support.

Unlike mainstream processors, they don’t have integrated GPUs, which brings us to the next part, that being graphics in this desktop.

Well, it is exceptional here as well, since there are a total of 3 PCIe slots dedicated for the use of GPUs.

The two lower ones can store up to two NVIDIA Quadro RTX 8000 GPUs, which set benchmarks when professional GPU performance is concerned.

These are extremely expensive, priced at over $5000 each, and draw a lot of power as well.

But if you’re comfortable with the pricing, the power consumption isn’t a concern as the desktop has a 1400W PSU.

Out of which, a maximum of 750W can be allotted for the use of video cards. There’s always the option to get other lower-tier GPUs as well.

The slot on the upper part is functional when there’s a second processor installed, which holds in this device.

The cooling mechanism is excellent since all these high-end components run cool, and unless there’s faulty hardware installed, in no way can there be any thermal throttling.

This means that intensive usage, which is kind of the purpose of getting a workstation like this, is very satisfying for the user.

And of course, there’s the ISV certification, which makes the desktop suitable for all professional-grade software, and the right hardware is already available for the same.

Therefore, high-end simulations, machine learning, data science, advanced financial analysis, AI development, film-making – this is a device that can handle all of it, and a lot more.

And, as there’s up to 60 TB of storage support, you’ve got nothing to stop you from using this beastly computer as a server.

As for the OS, you can get yours with Ubuntu, Windows 10 Home, or Windows 10 Pro like this one does.

The things you just read aren’t all about the desktop, as there’s plenty of surprises in the RAM and Storage department as well.

This variant has a meager 512 GB of SSD storage, and 32 GB of RAM, while the expansion options are vast.

To keep things short and simple, the desktop supports up to 12 storage drives, and 4 internal bays are present on it.

The two M.2 slots give you the quickest 2 TB of PCIe SSD storage, following the 6 3.5-inch hard drives that offer a maximum of 60 TB of storage.

And not just that, there are also slots for 10 2.5-inch SSDs to get 20 TB of speedy storage at most.

The RAM support is where it gets even more interesting, as each processor supports 6 memory channels, and there are a total of 8 RAM slots for each of them.

The desktop supports up to 128 GB DIMMs, so your budget and will are the only restraints here.

The RAM modules that you may install on this can have maximum speeds of up to 2933 MHz, which equates to a massive total bandwidth.

However, the total 2 TB of memory is supported by only specific scalable processors of the Xeon family.

And finally, the ThinkStation P920 has great connectivity as well. Starting from the front, there are 4 USB 3.1 Gen 1 Type-A ports, a headphone, and a mic combo jack. Optional ones include 2 Thunderbolt Type-C ones and a card reader.

Depending on the number and kind of GPUs being used, you would be getting the number of video ports accordingly.

Optional ones on the back panel are:

The workstation also supports WIFI and Bluetooth, but the user has to install the necessary adapter in the slot provided to get these.

Also, there isn’t WIFI 6 support, which we found to be a major drawback in this device, which is otherwise one of the best desktops with Intel Xeon processor.

Lenovo ships the desktop with a standard 1-year warranty, but you can get a better plan that extends it to 3-years, along with on-site service features. Also, there’s a wired mouse and keyboard set that you get.

There are speakers on the device which aren’t readily visible but are front-facing ones. These are decent, but dedicated ones would be preferred over this for anything other than casual usage.

What Do Users Think About Lenovo ThinkStation P920 Workstation?

The Lenovo ThinkStation P920 targets a specific group of people and none of its users are average users or gamers.

Those who chose it knew exactly what they were looking for, that is a robust, durable, and highly expandable workstation.

The desktop never failed to impress its buyers through its performance, as it chews through the heaviest tasks as if they were nothing.

All sorts of professional users, data scientists, high-end developers, and people engaged in such activities comprise its user base.

And all the performance it offers comes in a modular design, which is yet another thing that impressed the buyers. Check out Lenovo ThinkStation P920 Manual.

The very neat cable management and convenient placement of the components made sure that they could reach the target hardware, without much hassle. The chassis quality itself left no chances of complaints.

And then there’s the huge scope of upgrades and expansions, which meant that the buyers could buy a configuration that suited their immediate budget.

Then they were able to slowly install better hardware on the desktop, whenever the need came. The desktop has even been used as a server by some of the buyers, it is that industrious.

While the connectivity options were also ample, a drawback that has been noted several times in the absence of the latest WIFI and Bluetooth.

Not that the desktop faces any issues regarding internet connectivity, but some of the buyers still wanted those.